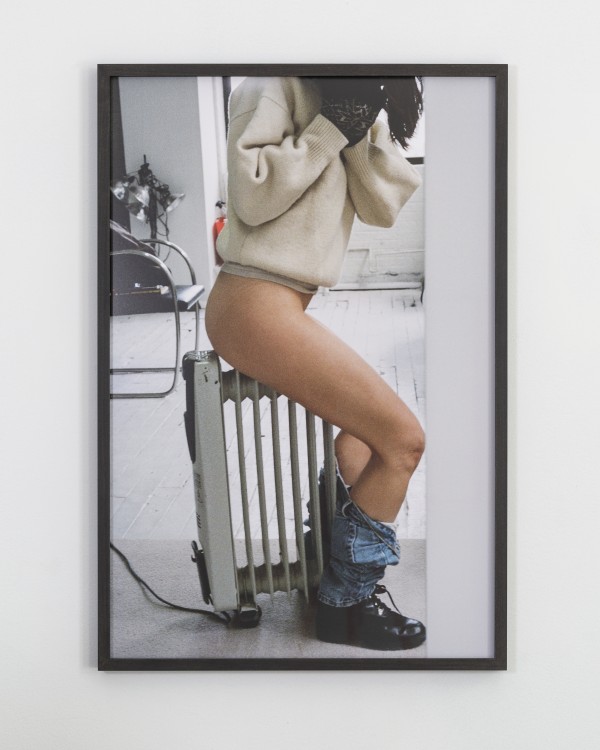 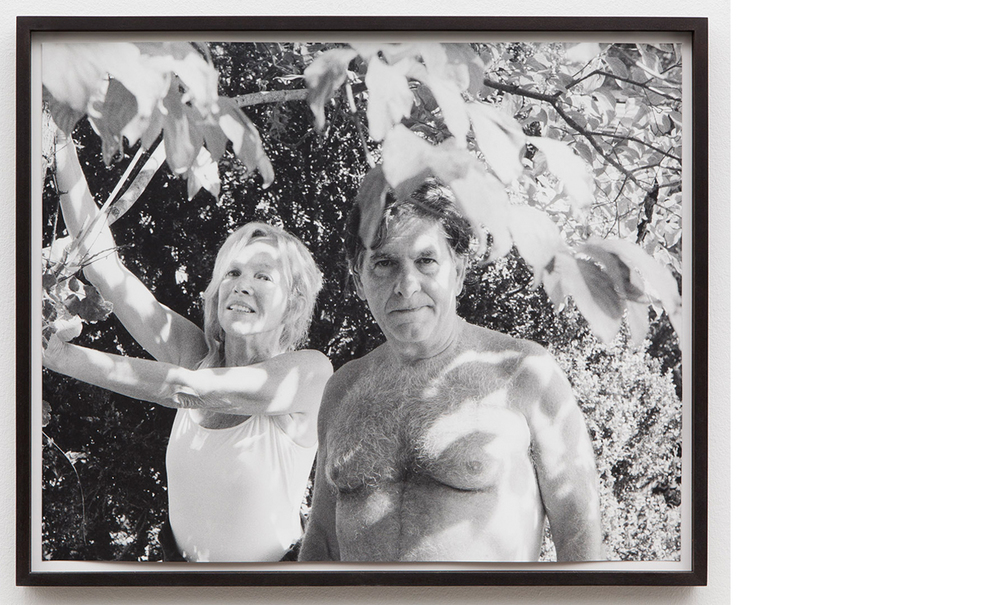 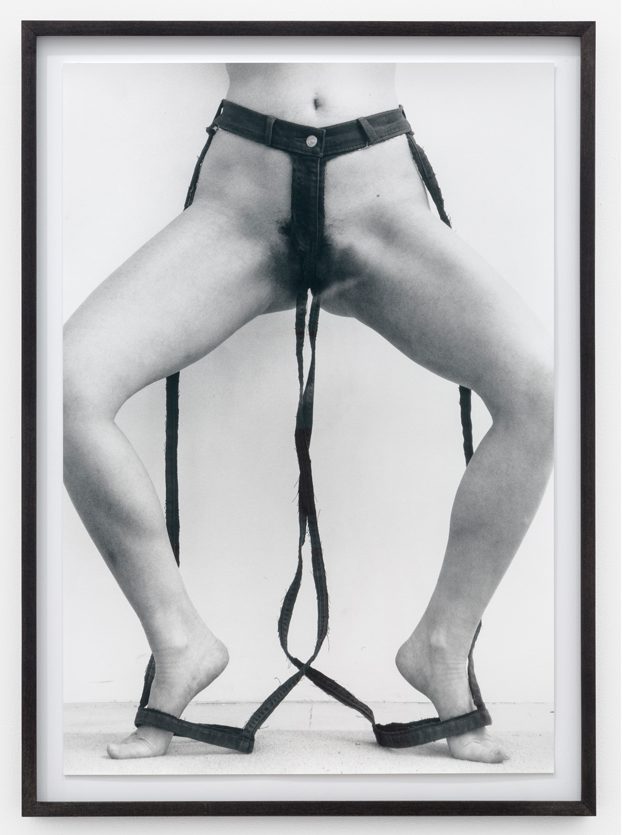 Talia Chetrit’s work focuses on the human body—often her own—as a starting point to examine how images are constructed to support different agendas and interpretations of reality. After beginning her practice with an exploration of the manipulative nature of photography, Chetrit is increasingly interested in the relationship the camera has with the subject matter it documents.

“I’m Selecting”, Talia Chetrit’s second exhibition at Sies and Hoke, comprises two discrete bodies of work. One consists of 13 images shot on the streets of New York and Paris. The other, made using a mirror, is a suite of four photographs which depict the artist in her studio, nude from the waist down. Tightly cropped and grainy, semi-anonymized images of businessmen crossing the street and groups of people buying museum tickets typify the impersonal. While, contrastingly, the artist stares back at her viewer in bottomless, startling self-portraits.

The seeming incongruity between these two series is bridged by the amount of control exercised over both. Chetrit’s focus has long been aimed at the ways in which images are constructed and the manner in which they function in society: their contrivances, their agendas, and their fictions. Often the body serves as a site for this exploration of photography’s tenets, and in I’m Selecting, Chetrit uses the bodies of others as well as her own. These images are a reminder of the degree of self-scrutiny we impose on ourselves when we know our pictures are being taken, and the feeling of panic inspired by being photographed without realizing it.

“After reviewing images I had taken of my parents 20 years ago as a teenager, I returned home again to photograph them. As I was shooting, I discovered a dynamic between them that was unknown to me. The presence of the camera and the resulting power shift created an artificial atmosphere that revealed an uneasy interaction between them and a window into their relationship. Curious to find a way to capture this dynamic I began, unbeknownst to them, to videotape our numerous photo sessions over the following year. I wanted to expose the vulnerability in the private moments I had witnessed between takes — moments that the photographs had failed to represent. Parents is a sequence of clips which attempts to capture this staged reality.” Talia Chetrit, 2015

Text: Patrick Armstrong, http://www.contemporaryartdaily.com/2015/06/talia-chetrit-at-sies-hoke/ and The Aimia AGO Photography Prize https://www.aimiaagophotographyprize.com/artists/talia-chetrit.
All images belongs to the respective artist and management.